Assam is the land of beauty adorned with the natural as well as historical fineries at the heart of North East India. One of the attractive places in Assam is Tezpur in the Sonitpur district. Added to the charm of this place are various historical monuments scattered all over. One of the significant monuments is the Mahabhairav temple which is situated on a small hill to the north of Tezpur town. 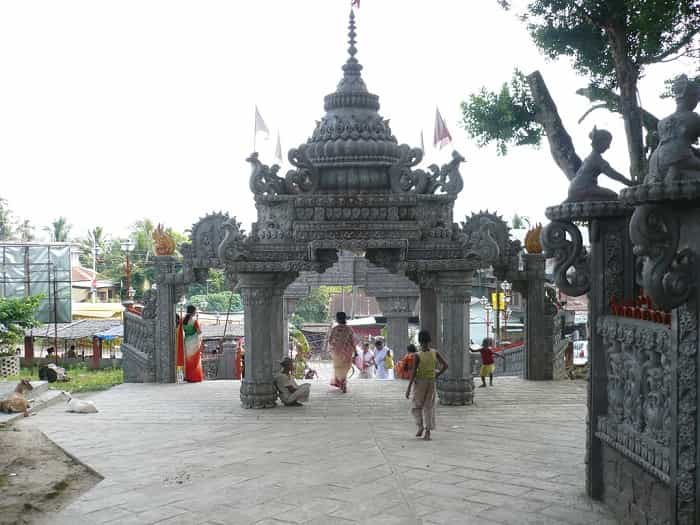 When we dig through the pages of history the creation of this temple dates back to the age of ‘Puranas’. Mahabhairav temple is the temple of Lord Shiva. Bhairab is one of many names to refer to the God of destruction. It is believed that the ‘lingam’ of Mahabhairab temple is the biggest idol of the phallic God. The temple was built by the demon king ‘Banasura’ during his reign as Tezpur his capital. The archaeological study shows that the temple was built during the rule of the ‘Salasthambha Dynasty’ around 8-10 century A.D. Originally it was a stone sculpted temple which is shown by the stone pillars that surround the temple. These pillars are broken with the torture of time and nature but are kept in the way as they are which enhances the aesthetics of the temple. The Mahabhairab Temple was severely damaged by the blows of time but was duly repaired by the rulers followed. It was almost ruined after the big earthquake of 1897.

The form of the temple standing now was rebuilt at the beginning of this century by a monk named Swayamvara Bharati who was popularly known as ‘Naga Baba’. A few years later monk Sri Mahadeo Bharati built the ‘Nat Mandir’ near the main temple. Idols of Ganesha and Hanuman were constructed as ‘Dwarpaals’ by some other devotees later. The development of the renovation of Mahabhairab Temple was slow but a local artist Sri Joy Das carved the main entrance which is exquisitely ornamental.

Shivaratri is the most elaborately celebrated festival in Mahabhairab temple. The whole temple is decorated beautifully and devotees from all over the world swarm to pour a pot of milk on the ‘Mahalingam’ on that auspicious day. Apart from Shivaratri, Durga puja and other major and minor festivals are also celebrated with equal glory.

Steps are taken to construct guest houses for tourists, a shopping arcade, and a boundary wall for the protection of temple property. It is easy to reach the Mahabhairab temple as the railroad, bus, and air, transportation is in abundance. Buses run daily from every place in Assam through Tezpur. The nearest railway station is the Tezpur Railway station not very far from the temple and the nearest airport is within 7 kilometers of the temple. Make a visit to the Mahabhairab temple and enjoy the beauty of Tezpur.