Along – A Beautiful Hill Stations Of Arunachal

Along is a town in the North Eastern state of Arunachal Pradesh in India. It is the headquarters of the district of West Siang.

The Along Valley attracts tourists from around the world due to its spectacular scenic beauty which is enhanced by the presence of the two rivers, namely the River Sipu and River Siyam, and the beautiful mountains of the Eastern Himalayas. Many people living in the neighboring states go on vacations to the town of along during summers as the temperature remains cool in this place, even during summer. It is included in many India tour packages.

The people living in along speak a language called Adi, which is a Sino Tibetan language. Another language, Galo is also spoken in this town. Orchid plantations, Orange Orchards, and the rearing centers for Mithun (Indian Bisons) are some of the places that make along the ideal destination for all kinds of tourists. The tribal villages situated in and around the town, all throughout the Along Valley also attract tourists. The tribal way of life which is followed by the people inhabiting the valley is unique and has been continuing for centuries.

Places to see in Along

The different places that you can see in along are:

Ramakrishna Ashram: – The ashram is not only located in a beautiful place but the environment of the ashram is also very calming. This ashram provides information about the famous religious reformist and thinker of India, Swami Vivekananda, and his teacher, Ramakrishna Paramhansa.

Hanging Bridge (Patum Bridge): – The hanging bridge is built on the Siang River and is made of bamboo and cane. It is about 70 meters long and is important to the life of the villagers as it connects villages belonging to different sub-tribes of the Adi. 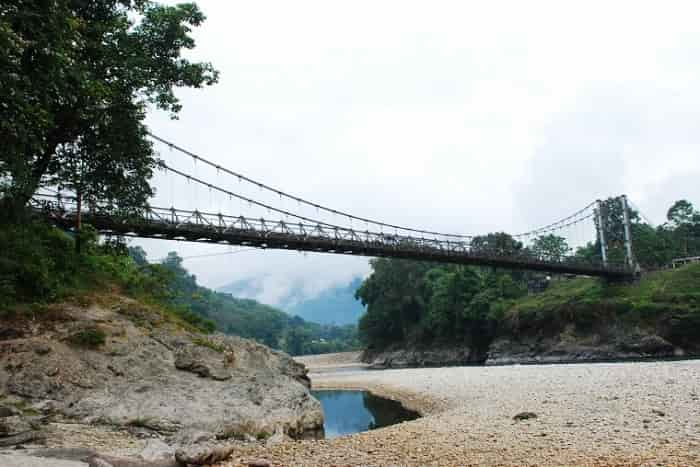 Kamki Dam: – This hydropower dam is a sight to see as it is surrounded by beautiful mountains. It is a massive dam and generates electricity for the state.

Darka Village: – To understand the village life of the tribes inhabiting the long valley you can visit this village.

Orange Orchards: – The nearby orange orchards are quite popular with the tourists and they add to the beauty of the valley.

Kane Wildlife Sanctuary: – If you venture out of the town into other places in the West Siang district, you can visit this wildlife sanctuary famous for Snow Leopard, Musk Deer, and Red Panda. 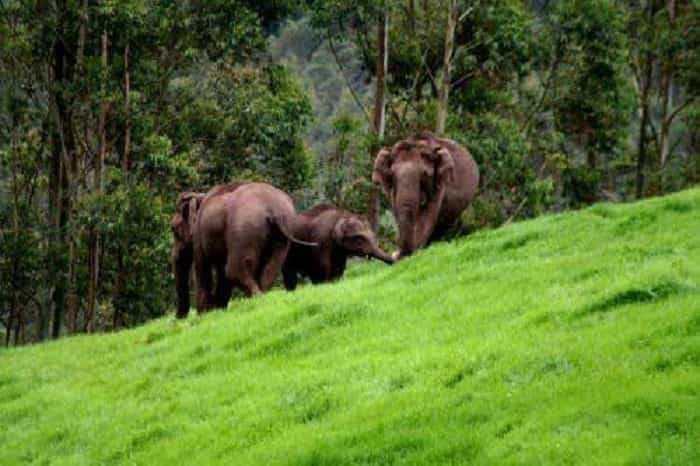 Trekking in the forests and mountains, hiking, angling, and rafting on the River Siyam are some of the adventure activities that you can indulge in while visiting the Along Valley during your India tours. You can also visit the local handicrafts store if such things are of interest to you. There are many other attractions in the West Siang district that you can explore as well during your India tours. The town of along is included in most Arunachal Pradesh India tour packages.

Dirang Dirang is a very small sub-division in West Kameng district in the state of Arunachal Pradesh in North East India. It is situated in the Eastern Himalayas and is the home of different tribal groups, mainly the Monpa Tribes. The Dirang Valley is situated at an elevation of 4910 ft and has a moderate climate all year round. It is very popular with tourists who visit the state of Aru...

Itanagar Tourism and Travel in Capital City of Arunachal Pradesh

Itanagar Become mesmerized in the capital of Arunachal Pradesh. Itanagar is an enchanting city, dwarfed by the mighty Himalayas. The modern attitude in Itanagar is pleasant, the surroundings are stunning and the people are warm and welcoming. Itanagar is over...

Ziro is a beautiful and petite hill station in the state of Arunachal Pradesh in North East India. It is the head quarter of the district of Lower Subansiri. The town is located at a height of 5538 ft to 8000 ft above sea level. This hill station is famous for i...