Founded in 1947 Tuensang is the largest district in Nagaland and borders Myanmar.

Founded for the purposes of administering the northeastern frontier agency which comprised of Tuensang, Mon, Longleng, and Kiphire districts. These days they have combined to be known as eastern Nagaland.

Tuensang was under neither the Indian nor Myanmar jurisdiction until there was a merger of two other districts of Assam, namely Kohima and Mokokchung in 1957 when it became the Naga Hills Tuensang area.  It, later on, became the state of Nagaland in 1963. 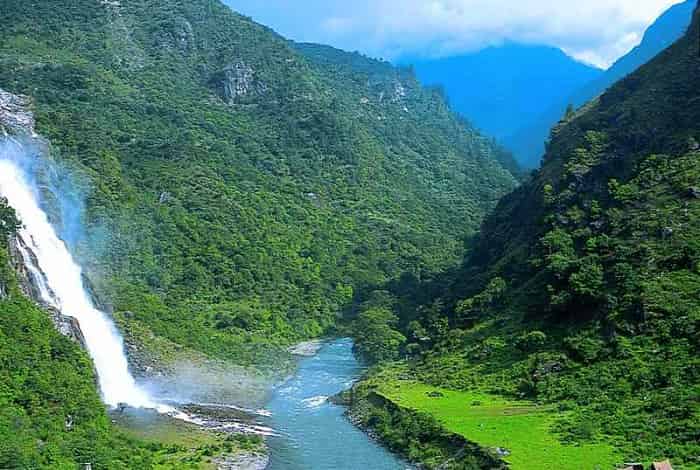 Along with Dimapur and Kohima, Tuensang is one of the largest urban centers in Nagaland. Settled in the easternmost part of Nagaland the region is home to five major tribes known as the Chang, sangtam, khiamniungan, yimchunger, phom, and a part of Sumi.  Aside from the tribal people, there are many non-tribal people that have come from all over the country and globally into the area as businessmen and government employees in the district.

The tribal people of the district all have mongoloid features but differ from each other in many ways.  To some extent, this is their physical makeup but the differences can also be seen from tribe to tribe in customs, traditions, culture, and language.

All tribes of the district speak their own language. Some tribes have some variations in their languages and so, one tribe may speak more than one dialect. For instance, two villages belonging to the same tribe speak the same language, but apart from the common tribal language, there are different dialects that are quite distinct from each other. In these cases, Nagamese becomes the linking language used in these districts.

Gorgeous hills, high ridges, deep gorges, and narrow valleys are the staples of this area.  With an altitude of 1370m above sea level the panoramas are both breathtaking and stunning.

Longtrok is an arrangement of six stones that are located at Chungliyimti village, located about 55 kms from Tuensang. Longtrok has mythological importance to the Ao Nagas in which According to local folklore, the first of the Ao ancestors emerged from this location.

The town of Kiphire is a small sub-division of Tuensang district, located to the south of Tuensang. It is the home of the Sangtam, Yimchunger, and Sema tribes. Running towards the east is the highest mountain peak in Nagaland, Mount Saramati. This mountain peak has an altitude of 3841 meters above sea level and remains covered in snow during winter. Hikers and lovers of adventure tourism take regular trips to the top of this mountain peak.

Kohima Tourism and Travel in Capital City of Nagaland

Kohima Kohima offers Stunning panoramas that will have you hooked on the capital city of Nagaland. Kohima is the picturesque state capital of Nagaland, located at the southern tip of the state it overlooks a gorgeous valley and has amazing views over the rugged Naga hills, almost completely unexplored by the tribal life and untouched land call of the wild. Gorgeous Kohima The natur...

The region of Nagaland is a lovely place to be in and travels to this part of the world surely fill your tours here with a cherishable sight. Enjoy all the benefits here and bask in the pleasures of a great land filled with natural delights. Experience the beauty o...