Matabari is a stunning Temple located 50km from Agartala in the state of Tripura.

Housing the most auspicious of temples in Tripura, the Tripureswari Mandir it is no wonder that pilgrims flock here in the thousands. Most importantly it is considered one of the 51 Shakti Peethas which are described in the Puranas. 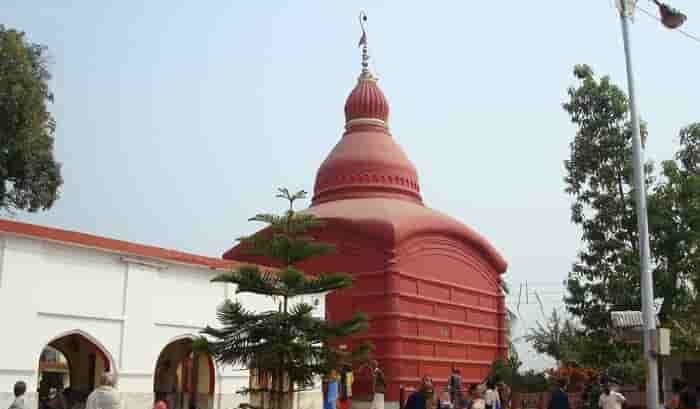 Matabari is located approximately 3 km south of Udaipur town. The temple is built on a small hillock that is convex shaped, is almost like a tortoise, also referred to as Kurma Pitha, and is commonly known as the temple of Tripura Sundari.

The Festival of Diwali Puja is held here annually and thousands of pilgrims from around the state as well as further afield flock to the temple to celebrate.

History of the Temple

The temple was constructed in 1501 and is also known as the Tripura Sundari temple. It is considered to be one of the memorials which show the testimony to a graceful period under the maharaja. As well as being a pilgrim spot it is developing as one of the great tourist spots of Tripura.

The significance of this area has proven itself over the past few hundred years. Not only is this temple the most ancient in Tripura but it is still worshipped and alive. The devotees are still as devoted as ever and the temple attracts more and more of these people every year. Known as one of the 51 shakti peethas in Hindu mythology the Lord Vishnu had cut the body of the “Mata Sati” into 51 pieces by Sudarshan Chakra and all the pieces fell into different places throughout the country and these places are known as Pithasthan. It is said that the right foot of the Mata Sati fell in Matabari. There is a reverence here that crosses all borders whether they are religious, caste, or language.

King Dhany Manikya built the temple here at Matabari. It is stated in the Rajmala that the king arranged to have a Vastu puja ceremony to build a temple at the site of the present-day temple. As the story goes, one night the king had a dream in which Devi Bhagavati told him to fetch the idol of the goddess from Chittagong which is now in Bangladesh and to install it in the new temple.  Eventually, the idol was brought back to Matabari and placed in the completed temple.

Kalyan Sagar is located on the eastern side of the temple and adds to the beauty of the place. Originally this was a natural pond but over past years the Matabari temple committee had been cementing banks. Considered sacred the devotees worship the fish and tortoise which were plentiful in the lake previously.  Unfortunately the cementing of the banks has left the tortoises without the natural sandy embankments to lay eggs in and the water in the lake had become acidic. The temple committee has been working hard to rectify this. The carrying of plastic bags have been banned in and around the Matabari Temple area since 1998 due to the impact on the lake by both tourists and locals throwing them into the lake.

Agartala: The Capital City of Tripura

The low-key capital of Tripura; Agartala is refreshing, organized, and breathtakingly simple. A little different from much of India, Agartala is culturally diverse. Set so close to the border, the city’s proximity to the Indo-Bangladesh border is a major draw card for those entering or departing from India via land. Agartala was moved to its current location in 1850 while the city was ...