Many beliefs are associated with birds. It is believed that a peacock’s feather tied to a wound heals it. In addition, the feather enhances memory when kept in a book. It is a popular practice among girls to keep peacock feathers in a book, believing that it will multiply in number in due course of time. In Arunachal Pradesh, the monpas hold peacock dance to mark the peaceful cohabitation of man and animals. The owl is associated with goblins of burial and cremation ground. 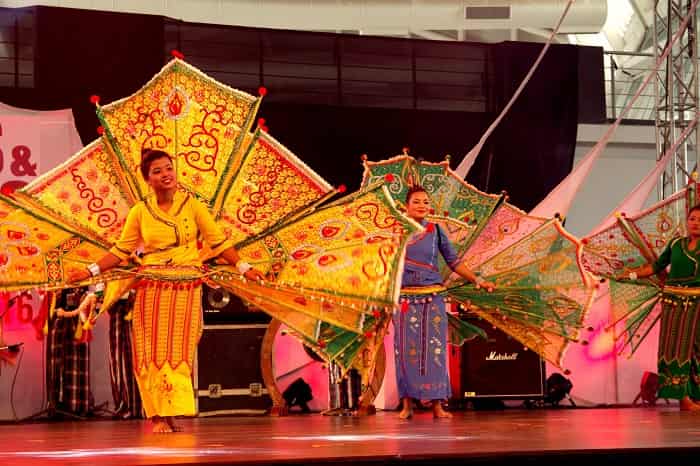 If an own hoots on a roof top of a house, it is believed that misfortune befalls the inhabitants of the house. Same is the belief with vultures; it is believed that when a vulture sits on a h house, the happiness and prosperity of the household will soon be ruined. It is a popular saying that if a crow sits on a rooftop, the family will soon be expecting guests. However, some believe that when a crow caws in the daytime, it brings ill omen. The dove is regarded as the sacred bird of Shiva.

A parrot is regarded as a marriage bird by many low castes, and an image of a parrot perched on a cotton tree is hung in a marriage shed. Garuda, the imaginary bird (half-man and half-bird) holds much importance in the Hindu mythology. In Assam, the image of the Garuda is found in all satras and naam ghars. Thousands of tourists visit it and report of the strange phenomenon when birds come out in droves and seem to commit suicide.

At a particular time of the year, on moonless nights, the birds get attracted to the artificial lights and pounce down and fall prey to villagers. The villagers believe that the Gods have sent the birds because He is pleased with them. In Da Parbatia in Tezpur, on a stone gate, an image of Garuda is carved holding two snakes in both the hands. Certain birds are also regarded sacred for a particular community. For example, the Nagas of Assam use the feather of a hornbill to make their headgears. Birds also have important positions in the creation myths of various tribes. 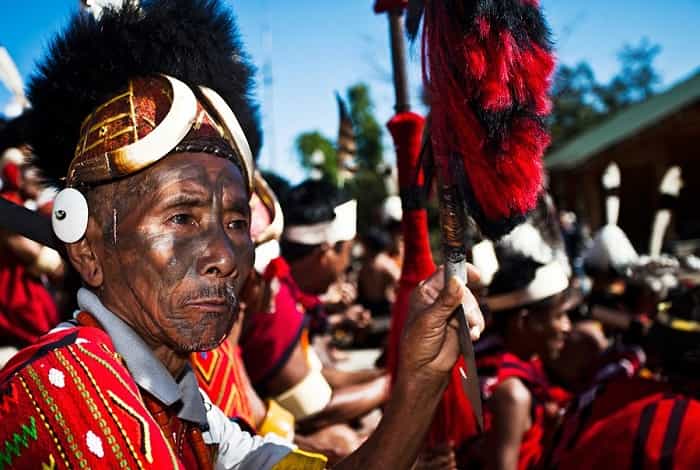 According to a Bodo creation myth, Bhagwan Aham Guru created two birds, a male and a female. The female bird laid three eggs. Thousands of years rolled by, but the eggs did not hatch. The female bird broke and egg and no chick appeared. God forbade her to break the other egg. But she broke the other egg from which came out trees, worms and insects. Thousands of years later, from the remaining egg, a male and a female were born. Some creation myths also explain certain features of birds, Gods and Goddesses.

According to a Deuri folktale, at first the earth was full of water. God sent a peacock and a timtim bird to find out whether the earth was emerging above water. The peacock was allured by the beautiful stones and forgot his job, but the timtim bird went back to heaven and reported that the earth was coming up. God then came down and created the earth. The repentant peacock went to god for forgiveness. God ordained that its plumes would adorn His head for he loved the bird very much. In this creation myth, the peacock plumes supposed to adorn the head is evidently a sign of Hindu influence as the plume is inextricably related to lord Krishna. In Bihar, people believe that night friend called Jilaiya takes the shape of a night bird and is able to suck the blood of any human whose name it hears. Hence, women are very careful not to call their children at night. It is believed that if this bird flies over the head of a pregnant woman, her child will be born a weakling.