Water is the primary source of survival. Water is used in the rites de passage either as protection against evil spirits or as a pure medium.  This can be validated by the fact that in modern India, a man plants a Pipal tree near the bank of the river body believing that the leaves of the Pipal tree falling in the tank may act as offerings to their ancestors. Apart from this, water occupies an important position in the creation myths of various tribes in northeast India.

A majority of the creation myths claim that at the beginning, the earth was full of water. According to Rig-Veda, the waters were the elements from which the universe was created subsequently. According to a Tangsa folktale, at the beginning of creation, there was no earth. There was only water all around. From the waters evolved two brothers. They first floated and drifted. Then from what they dropped, the earth began to form. They created the moon and the sun and then they created other men and women.1 According to another creation myth, there was water everywhere. There was nothing all around except the two brothers. As they were wondering how they will live only on water, a lotus sprang from amidst the air. The brothers threw this down and the water was full of lotus. After the winds blew on the earth from different quarters, the soil of all colors filled the water and the world became fit to be inhabited. 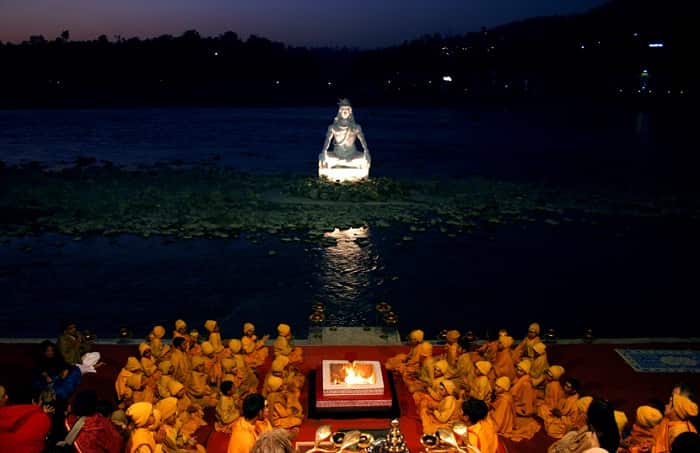 It is believed that rivers wash sins and thus, people disperse the ashes of the dead in a river. Barren women vow before the Ganges that if they are blessed with two sons, they would disperse one son to the holy river. In Assam, every river is believed to be inhabited by Jalkuwari – the water nymph, and every village ditch is believed to be inhabited by the Jakhini – the female water spirit2. Many people believe that evil spirits live in old wells too. One such old well is located in Assam where people believe that anybody who peeps in the well after dark will be engulfed by insects. It has also been observed that rivers are revered mainly because they are believed to house serpents, demons, dragons, or other imaginary creatures. Oral literature records some stories that validate the presence of ogres in rivers, for example, the Kaliya – the serpent king of Jamuna that Krishna slew. In almost the whole of eastern India on the day before marriage, women walk up to a nearby village river or well and collect water to bathe the groom and the bride.

Lakes also occupy an important place in the religious lives of people residing in northeast India. A lake revered in Assam is called Garampani (hot spring) in Goalpara. This lake gives out hot water all seasons round the year. There are certain beliefs regarding streams as well. People believe that moving water owes its velocity because of the indwelling spirit. Therefore, certain people are barred from crossing running water at certain times. A pregnant lady is forbidden from crossing a stream as people believe that the running water may wash away the embryo in her womb. Immediately after childbirth, Khasi parents do not cross a stream or washcloth until they have propitiated the spirit.